Pipe bursting is a well-established method for trenchless replacement of worn out and undersized gas, water and sewer pipes. 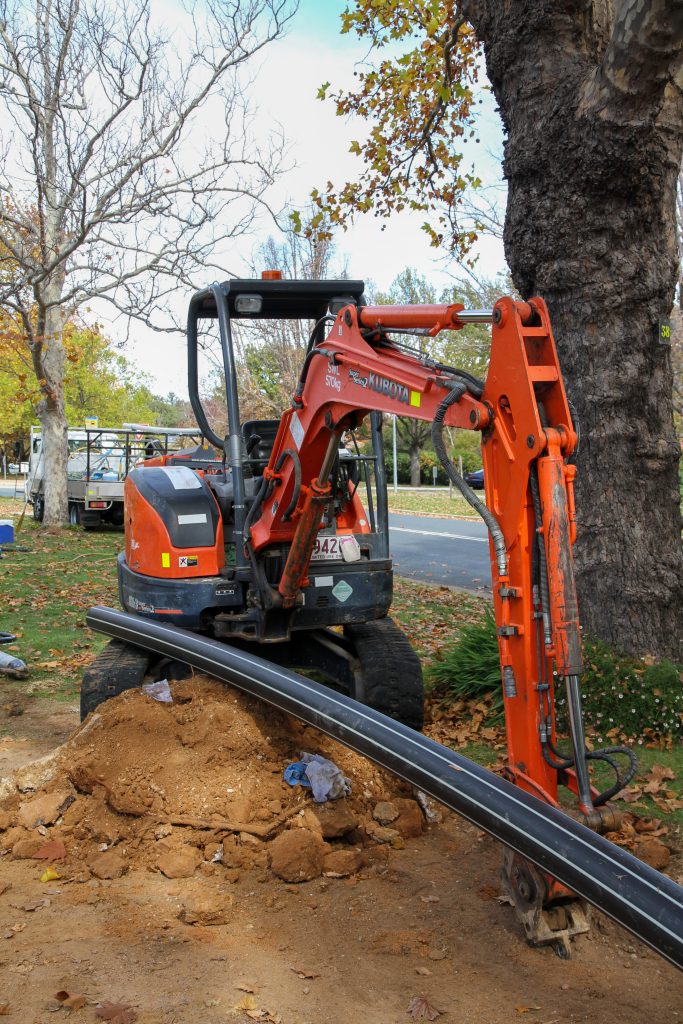 An existing pipe is replaced size-for-size or up-sized with a new pipe in the same location. The technique is the most cost effective when there are a number of lateral connections, when the old pipe is structurally deteriorated and when additional capacity is needed.

Theoretically, there is not a limit in the size of pipe to be burst. The limit depends on the cost effectiveness compared to conventional replacement, on the local ground conditions as to the potential for ground movement and vibration and the ability to provide sufficient energy to break the existing pipe while simultaneously pulling in a new pipe.

Pipe bursting is typically carried out in 50-125 meter lengths which corresponds to a typical distance between sewer manholes. However, much longer runs have been replaced. Pipes suitable for pipe bursting are typically made of brittle materials such as vitrified clay, cast iron, plain concrete, asbestos or some plastics. Reinforced concrete pipe (RCP) can also be successfully replaced if it is not heavily reinforced or if it is substantially deteriorated.

The most favourable ground conditions for pipe bursting are soils that can be moderately compacted (reducing the lateral extent of outward ground movements), in which the expanded hole behind the bursting head does not cave in before the replacement pipe is installed (lowering the drag and the tensile stresses in the pipe during installation). Less favourable ground conditions involve densely compacted soils and backfills, soils below the water table and dilatants soils. Each of these soil conditions tends to increase the force required for the bursting operation and to increase the zone of influence of the ground movements. Special soils such as highly expansive soils or collapsible soils will also cause problems. For most soil conditions, it is simply necessary to provide the required power to effect the burst, displace the soil and pull the replacement pipe in over the length of the burst and to consider the potential effect of the ground displacements and vibrations on adjacent utilities and structures. Longer bursts can be accomplished more easily in favourable ground conditions. When the soil provides a high friction drag on the pipe and the length of run is long enough to generate high tensile forces on the replacement pipe, bentonite or polymer lubrication moods may be injected into the annular space behind the bursting head to help keep the hole open and to reduce the frictional drag on the replacement pipe.

HDPE are the most common replacement pipe materials. Other types of replacement pipe used in pipe bursting include cast iron pipe, vitrified clay pipe, reinforced concrete pipe and undersized gas, water or sewer pipelines. They can offer significant potential savings and drastically reduce surface disruption to public and private utility owners under favourable conditions. The methods result in an existing pipe being replaced size-for-size or up-sized with a new pipe in the same location.

The following is the technique of trenchless pipe replacement which is the most commonly used: